NJEA President Marie Blistan praised the candidates who earned endorsement. “Our members take this process very seriously and only endorse those candidates who have a demonstrated commitment to public education and a record of support. The candidates who earned these endorsements know that it comes with our pledge that we will work hard to get them elected and our expectation that we will work together for the benefit of New Jersey’s students and our public schools. We back up our endorsements with action because we know the importance of having leaders in place who share our values and our belief in our public schools.

NJEA Vice President Sean M. Spiller had particular praise for Gov. Phil Murphy, who again earned NJEA members’ enthusiastic endorsement. “In 2017, our members endorsed Gov. Murphy on the basis of his promises and his progressive vision for public education. This year, he earned our endorsement on the basis of his outstanding record as governor. He’s kept and even exceeded his promises to New Jersey families and public school employees while guiding New Jersey through some of the most challenging times in our state’s history. We are excited to work until November to get him reelected so we can continue New Jersey’s progress together.”

NJEA Secretary-Treasurer Steve Beatty noted that legislative endorsements also matter to our students and their families. “We are proud to support all of these legislative candidates. They have demonstrated their commitment to our students and our public schools and they are going to see our commitment to getting them elected in November. We owe it to our students to model the importance of civic engagement and we owe it to them to help build a fairer, stronger future for them. Supporting these candidates lets us do both of those things at the same time.”

NJEA PAC voted on the recommendations of local interview teams from each legislative district. The complete list of endorsements are:

The New Jersey Education Association represents more than 200,000 teachers, certificated staff, educational support professionals, and retired and student members. NJEA’s mission is to advance and protect the rights, benefits, and interests of members, and promote a quality system of public system of public education for all students. 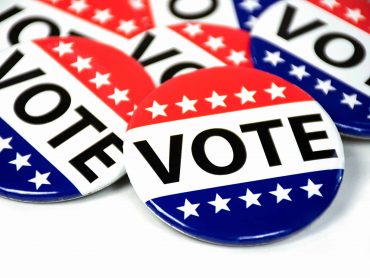 NJEA supports A-336, a bill that would waive the annual teacher evaluation requirement for some teachers who...

Standing up for every school district

On Thursday, NJEA members from around the state joined lawmakers in Trenton to stand up for children in every...

TYPE IN YOUR SEARCH AND PRESS ENTER
Thank you! Your message has been sent.
We apologize, but there was an error submitting your message. Please try again shortly.
Send this to a friend